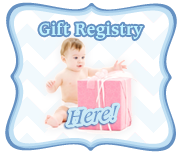 AIO, All-in-One Diaper An all-in-one cloth diaper has an absorbent inner and a waterproof outer. The diaper is "all-in-one" with the diaper and cover created as one diaper. These are the simplest diapers to use since they work just like disposables. Depending on how they are made all-in-one diapers can take longer to dry. You can use AIOs for your entire diapering Stash or just buy a few for use by babysitters and others not familiar with cloth diapers.

AI2, All-in-Two Diaper An All in Two or AI2 diaper is a two-part diapering system designed to work together. An AI2 is usually made with a waterproof outer cover with an absorbent diaper or soaker attached in some way. Usually the Soaker is snapped in with plastic Snaps. Some AI2s work more likePocket Diapers.

Cloth Diaper Cover A cloth diaper is made from a waterproof or water-resistant fabric. A cloth diaper cover can be used over a fitted, prefold, or flat diaper to protect baby's clothes and other items from wetness. A well-fitting cover can help hold in messes. For synthetic covers made from PUL, Fleece orProcare, you can get by with 3-4 covers per size per day between washing.Wool diaper covers or wool soakers need washing less often so may only need 2-3 covers.

Diaper Service Quality (DSQ) A durable and absorbent Prefold diaper. Much better quality than the cheap prefolds you can find in baby stores.

Doubler An absorbent Soaker that can be added to a diaper for more absorbency as needed.

Fitted Diaper A fitted diaper is an absorbent diaper with elastic at the legs that fastens with snaps or Hook and Loop (like Velcro).

French Terry A low-profile knit fabric that is used for making clothing as well as diapers. Smooth on one side with low loops on the other side. Brushed, this fabric becomes sweatshirt Fleece. Can be used for soaker layer or with the flat side as the inner or outer layer of a diaper. Hemp french terry is not as soft as hemp fleece.

Hybrid Diaper A Pocket diaper with a sewn in Soaker. Provides an All-in-Onelike diaper with adjustable absorbency.

Hyena Someone who stalks one of a kind or popular diapers hoping to buy it before someone else can.

Insert An absorbent Soaker that can be added to a Pocket diaper or Hybrid diaper for absorbency.

Liner A layer of paper or fabric laid into a diaper to protect the diaper or provide a wetness barrier. Silk, Microfleece and Flannel are common liner fabrics.

One-Size Diaper A diaper that folds or snaps down to adjust the size from newborn to toddler size.

Pocket Diaper A popular diaper style made with an moisture-wicking stay-dry lining and a waterproof outer layer. Requires an Insert. Some Fitted Diapersalso have pockets so you can add absorbency.

Prefold A thick, absorbent rectangle of fabric that can be folded in a variety of ways to fit the baby. Requires a cloth diaper cover. Look for Diaper Service Quality (DSQ) diapers. These are the most durable and absorbent. Popular kinds are Chinese and Indian prefolds, named after the countries where they are made. You can also find great prefolds made from hemp, bamboo and other fabrics.

Soaker The word soaker can be confusing since it is applied to three different items. 1. A wool or acrylic soaker is a type of Diaper Cover. 2. A soaker in a diaper is the absorbent middle section often made from several layers of an absorbent fabric such as Microfiber, Cotton Fleece, or Hemp Fleece. 3. Some diapers have an additional soaker that is attached at one or both ends or that snaps into the diaper.

Stash Centuries ago sea captains kept a private selection of the finest teas for their own use. Called a stash, the word became a part of our language and now it is used to refer to a personal collection of the cutest cloth diapers.

WAHM A Work at Home Mom. This abbreviation is commonly used for women who work at home and sew cloth diapers. You'll see the term "WAHM-Made." Many WAHMs make wonderful diapers that are cuter and better quality than many name brands. Do your research though, because some WAHMs are not as careful about production as others. Pricing can give you an indication of quality (though this is not always true). A WAHM who is serious about her business will price her diapers at or above the price of mass-produced diapers. Wherever possible we support other small, woman-owned businesses to help more moms be able to work from home.